This blog entry isn't really about the Upsherin of Eli. It is about transformations. It is about the mama of Eli.
I have had the pleasure of observing Rachael over a period of time literally transform before my eyes. The Rachael-then and Rachael-now are two very different people. She has gone from little to no interest in religious life to embracing and pro-actively engaging in religious life. I vaguely remember her once telling me that she would never go to the bima and certainly would never lead anything. Well, a bat mitzvah later, Rachael has either lead or participated in parts of the service on several occasions. And it is more than just religious life. It is a connection. With the spiritual.
She has taken chunks of time and elevated them for spiritual purposes. Shabbat. Passover. Rosh Hashana seder. Monthly Shabbat dinners for extended family. Participating in music committees. Chairing the Women's Spirituality Retreat's ritual meals committee. Working with the J committees with regard to family event planning. Immersing in the mikvah. Naming ceremony for her daughter. Hair cutting ceremony for her son. Joining a chavurah. Engaging in Jewish study, philosophy, imagery. Cultivating and transforming her Self so that she is reconciled with her Soul.
It is a moving thing to see--this putting down firmly one's roots as she is supporting others around her with her branches. Her leaves turning from green to varied colors of reds, oranges, browns and amber. The reaching towards the Source while firmly planted.
This transformation of Rachael. Of Rivkah Keter-Rina. The finding of the Self in the Soul. It is truly beautiful. You know that, right Rachael? 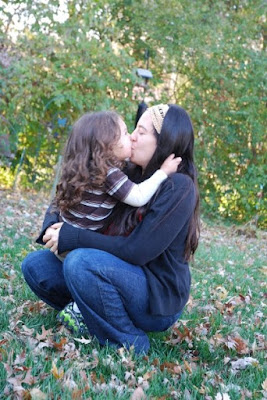 Rach said…
Thank you for that Kimber...You are such a good friend and our friendship means so much to me. I am so glad to have you as apart of our lives and especially a part of our spritural family. You and our other women friends are such an inspriation to me. You are definately my something-in-law!
November 25, 2008 at 11:38 PM