A Weekend of Preparation 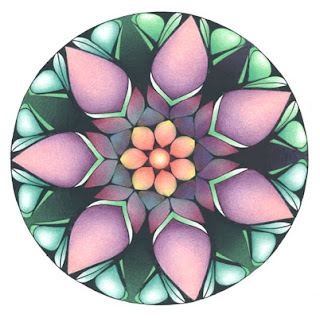 Shabbat this week was definitely different than it usually is.  It began with Alia and I attending service where a band called Harif accompanied some of the prayers.  If you know me, I am not a fan of music on Shabbat.  I don't know what I was expecting, but not that.  It was really enjoyable.  Afterwards was a dinner, where we sat with a great group of people.  It ended with a sleepover for Alia and me going home.

In the a.m., Chandler and I made our way to shul early for a meditative service at our shul.  This was Chandler's first time meditating, and he really liked it.  He said it was the first time he ever was able to clear his head and have absolutely no thoughts.  He also *gasp* thanked me for "making" him go.

We also did some chanting and I loved that, especially the last piece by Rabbi Shefa Gold that included many elements: chanting, movement, call/response.  One part of the piece, we all stood moving our arms in a sweeping upward motion while chanting "We're rising in rememberance...of Your love".  Then we chant "hallelujah" four times, turned once and then sat down again.  After the next verse, we again rose and chanted.  Rabbi Ari connected this to standing and rising at shul during the service.  This really clicked for me, and during the service, each time we rose, I visualized and connected it to that chant.  Even the rising at set times during the service can be a moment of connection.  It was a perfect way to start the morning.

Alia's friend came home with us and while I was hoping to get some rest, instead I drove Neviyah around the neighborhood trying to get her to nap.  It worked but shortly thereafter it was time to drop Alia's friend off and have dinner.  Our friends made a delicious (delicious!) curry stew with carrots and potatoes.  It was yummy.  Then we were off to Selichot service. 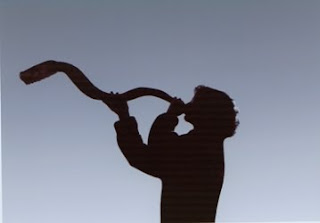 elichot.  I don't know what I was expecting.  The same thing as list time?  Don't get me wrong, last year's service was just fine--but it was nothing exceptional and it may have even been a little awkward as it was the first year the three Conservative synagogues had a joint service.  This year, though -- wow!

It started with a dessert bar that was nothing exceptional.  However, the speaker was.  Rabbi Mike Comins spoke about making prayer real (same name as his book).  He is an unassuming person.  He looks like you and me.  He is soft spoken and I did not expect the powerful message he delivered about prayer.  I don't even want to attempt to summarize it, because it was more than just words.  We engaged in study of prayer, a specific method of prayer, a niggun to get the right-brain kicking and then an activity, a personal and intimate prayer activity.  I encourage you to go to his website at Making Prayer Real.

After this learning session/workshop was selichot services.  So meaningful this year!  This service is filled with penitential poems and prayers right before the Rosh Hashanah.  G-d's 13 attributes are emphasized as well.  It is a late evening service.  First we made Havdalah and then we  proceeded with the service.  Part of it this year was that a rabbi from each congregation gave their prayer for the New Year.  Shaare Zedek's rabbi wrote a prayer that was so vulnerable and heartfelt, it was almost too intimate to hear.  We listened to his personal prayer asking for forgiveness for all his shortcomings this past year.  It moved me and scared me and made me tear up.  It was so honest.  That kind of honesty that we hide.  It really gave me a glimpse into how deep this man is (who may seen stand-offish at times).  He is clearly a person from which we can all learn.

Rabbi Ari was next with a prayer to know, to feel G-d since such experiences are rare if ever even encountered.  It was a beautiful prayer that interlinked his love for his children and G-d's love.  Even more touching was Rabbi Miller's obvious affection for Ari, the big-bear hug he gave him, the sincere look of love and affection on his face and his arm lingering around Ari in a protective and supportive position.  That kind of mutual support and affection and comfortableness in the midst of vulnerability is something I think a lot of us long for.

Rabbi Miller's prayer was quiet and meditative.  We began with closed eyes and deep breaths.  He spoke softly and kindly.  He is the guide we all hope for on a spiritual journey--calming, wise, taking anxiety down a notch and soothing us with his voice and his profound words.

I haven't even mentioned the music, the beautiful voices raised in song.  I almost wish the music had not been so upbeat because the prayers and the words/prayers of the rabbis were so serious and touching, and I felt that my soul longed for something more melancholy.  However, even though they were more upbeat than I wanted, it was still beautiful and enriching.  With Sharon's beautiful voice and Joanna's saturated spiritual presence, and Chandler participating and singing and lending his awesomeness to the mix, it really was quite exceptional!
Email Post
Labels: selichot spirituality