Day One with the Family

Motek is adjusting really well.  Although she is afraid of being pet, sudden movements and one walking too closely to her space, she is approaching us often for treats, follows us everywhere and won't go off the deck unless we are out there with her.  The boys (Mordi and Sol) love her.  Sol has been unstable a few times (meaning nervous bark towards her) but she handled it well, just ignoring him.  Mordi has tried to engage what can only be referred to as a hump-fest.  Again, she tolerates it.  We have been telling him firmly, "Enough!" and he stops.  I hope she gives a warning to them soon to nip it but thus far, she is as sweet as can be and doesn't seem too bothered by it.  She enjoys the tennis ball and the rope, and finds comfort either in her kennel or between the couch and coffee table.  Here are some outside snow pictures from this morning before she freaked out on the camera. 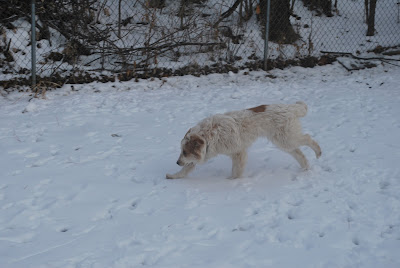 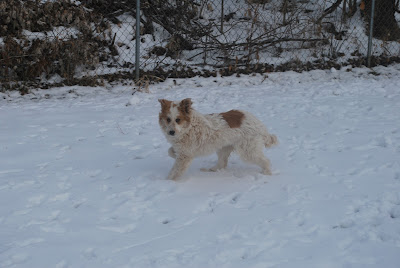 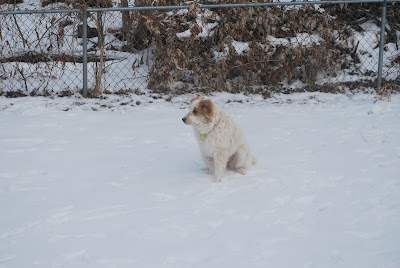 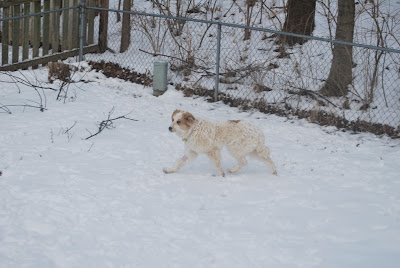 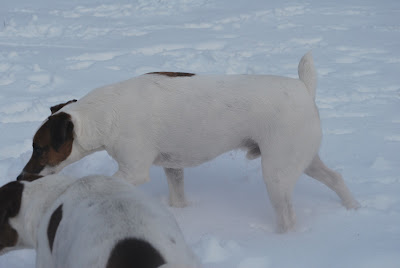 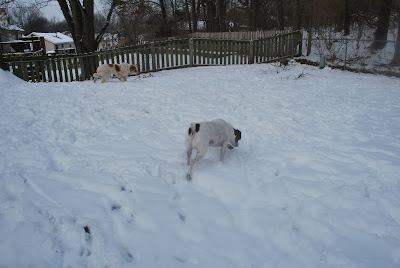 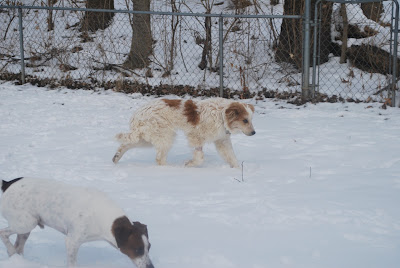 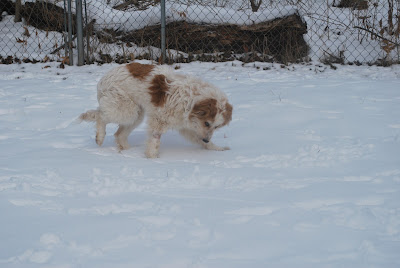 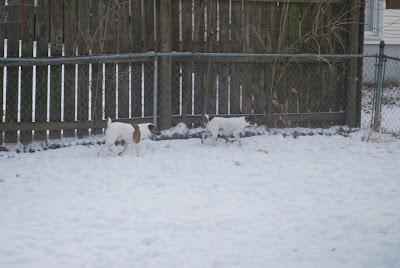 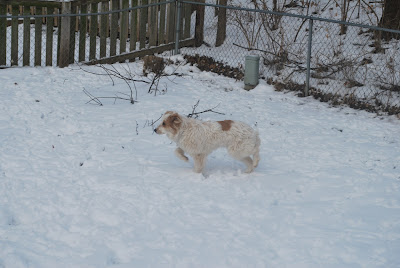