This year, every holiday seems to have taken over me in an aggressive fashion.  Suddenly, it is here whether or not I am "prepared."  Shavuot is no different.  It is here (almost) and I am feeling as if it has not crept up on me, but has jumped out of the bushes and tackled me.  I don't particularly care for that orientation for experiencing the holidays this year, but it seems to be a reoccurring theme.

It makes me consider:  What does it mean to accept the Torah, to be asked or told to take on more than everyone else?  To abide by rules that one has no input into making?  How much of a choice is there in accepting Torah when the setting is such that one sees thunder and hears lightening?

Another, quite opposite thought:

About this choice business...why do we assume the Ruth "chose" Judaism just as we "chose" to accept the Torah.  We don't read about her considering, making a decision, "choosing."  Perhaps Judaism chose her, and there was nothing more natural to her than cleaving to her mother-in-law, her people.  Maybe all of this "we chose the Torah" and "Ruth chose Judaism" and our forefathers/mothers "chose to make the harvest offerings" really have nothing to do with choice -- maybe is has to do with instinct, connection, being compelled, or guided internally.

Maybe all of our souls at the foot of Mount Sinai were there not because we consciously chose, but because we were drawn in such a strong fashion, with such emotion and instinct, that to be anywhere else was inconceivable. 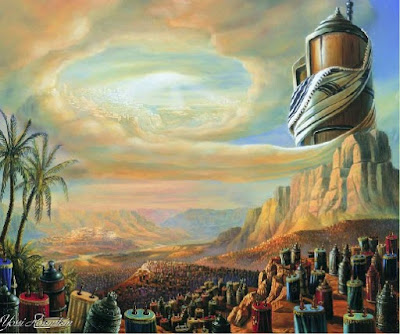