There is nothing more I love than to meet a religious Jewish heroine!  Well, maybe I didn't meet her, but I had the pleasure of hearing her speak while I was in Israel.  It was Wednesday, July 6th.  We had spent the morning learning with the dynamic Lori Palatnik and then spent some time at the Kotel.  After lunch, we had the pleasure of hearing the story of Avital Sharansky.  Although she had a translator, this soft-spoken woman ended up speaking in English to us and she expressed herself quite well.


In 1973, in the former Soviet Union, Avital met Natan, her beshert.  They met at a demonstration but how they each made it to that demonstration was different.  Avital did not even know she was Jewish until she was a young teen.  In an effort to learn about her Jewishness, she started attending classes and demonstrations.  Natan, on the other hand, had been denied an exit visa to go to Israel and for that reason, he became a human rights activist.  In fact, he was one of the founders of the refuseniks movement in the former Soviet Union. Once the two met, they experienced an instant and lasting connection.

The Russian government would not give them permission to marry, so they were married by a rabbi but it was not recognized by the state.  After this, Avital emigrated to Israel but her husband was denied an exit visa for "national security" reasons.  Avital immediately began to campaign for him to be able to come to Israel.  The story now goes from bad to worse.  In March of 1977, Natan was falsely accused of treason and espionage.  He was sentenced to 14 years.  Avital dedicated her life and efforts to keep Natan plight in the media.  She traveled to many countries and she met with many dignitaries begging them to speak and advocate for her husband to Russian government.

In all, Natan spent 9 years incarcerated.  He was released from prison and transported out of the Soviet Union as part of a prisoner exchange agreement.  Avital had not seen her husband in 12 years.  Natan is famously known for zig zagging his steps over the Glienicke Bridge in Germany when released because they asked him to "walk straight."

At some point during all of this, Avital became religious.  Even so, she retains her independent spirit, advocacy for human rights, and support of her husband, who happens to not identify with any form of Judaism as a religion.  That is most interesting to me.  She and her husband remain extremely close, even though she is religious and he is not.

Her story of Zionist struggle in the former Soviet Union was inspiring. As I write this, I am remembering her soft voice, thick Russian accent, beautiful smile and modest demeanor.  This is not a woman who beat down others to make her voice heard.  This is a woman who effected change through dedication and singular focus. If you have the opportunity to read more about this couple, I encourage you to do so. One such article is here: http://www.jewishpress.com/pageroute.do/47263 but there are many, many more online. 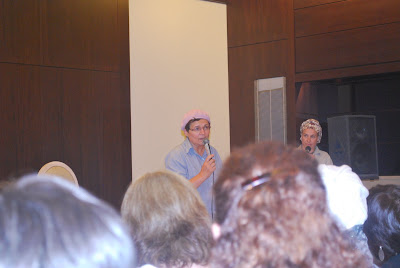 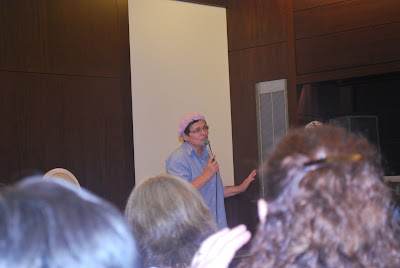