Notes from a Crazy Woman

I am thinking of changing the title of this blog to "Notes from a Crazy Woman" or alternatively, "Ramblings of a Lunatic" or even "The Over-sharer's Spot."  Sorry. Even before Facebook, I over-shared on my various other blogs (been blogging since the late 90s/early 2000s). And before that, I kept a journal, or wrote poetry and short stories that were critiqued in a realm with other writers (who, by the way, have actual talent, unlike my stuff which was and always has been a way for me to process).  Any way one looks at it - it is a part of who I am. So, if I am over-sharing, or you are uncomfortable with it - skip the entries marked with the label "over-sharing."

In my life, there are long stretches of sanity, good times, smooth sailing. At other times, there are rough patches to navigate. I assume that it is the same for everyone in life.  We all, though, have varying degrees of ability to cope, and of course, there are varying degrees of how far to each end of the spectrum we go.  Whenever I have these rough patches to navigate, I try to think of a few people in my life who have weathered much greater storms.

My friend, S., the first Jewish Heroine I had ever met, had within a five year period (with many things coming together in rapid fire succession) a husband die of cancer, a new partner of many years die of a heart attack, a daughter die unexpectedly, two dogs put down, remaining child mugged and hospitalized from loss of blood, a mother die, a brother die unexpectedly, and a niece engage in money/inheritance drama. There may be more that I don't know about.  S. is an amazingly courageous and determined person.  She grieves, takes deep breaths, surrounds herself with what she needs even if that involves change, and lives each day as if it is the best day ever.  I draw of her example and strength.

Another storm-weatherer is B.  He has the most debilitating form of MS. He is wheelchair bound, has seizures, and now is at the point of needing help with care daily.  His wife passed away a few years ago, and he has endured real, physical pain for years and years and years.  B. has always had a really good outlook and I have never, not even once, heard him complain. He doesn't seem to be resentful of the life lot he has been dealt.  Long ago I asked him how he stays so positive, and he said that he has a cousin or relative (can't remember) who is a para or quadriplegic. He said he has never heard his cousin/relative complain, and since the relative is much worse off, he doesn't believe he has the right to throw himself a pity party.

These are the two people I have been thinking about lately. I admit, I am not so great at this.  It takes me between 2 to 5 days to not be an emotional wreck when I am hit with multiple over stressing factors.  During that time, I may be a bit weepy, or unable to make a decision, or unable to sleep, or even may go into freak out mode!  But...after that...after those days of coming up with every known disaster-scenario available to my imagination...I start to calm down and do what I do best - chart a path, find a system, regroup, and move ahead.

My 2 to 5 days have passed.  (They were like the days of creation. I just can't pinpoint what amount of time equals one day!)

But I am here now to this new place of maps, zones, and navigation tools. 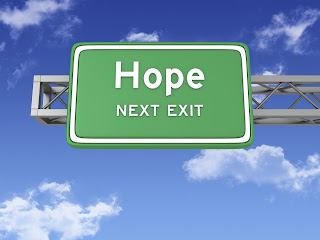